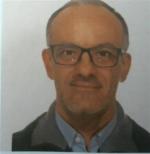 Marco Gherlone obtained his M.S. degree in Aerospace Engr. at POLITO in 1999 and his Ph.D. in 2003. He became assistant professor in Aircraft Structures in 2005, associate professor in 2014 and full professor in 2020. In 2007, 2011 and 2012 he was visiting researcher at the National Institute of Aerospace (USA). During A.Y. 2008/2009-2010/2011 he has taught "Safety in aeronautic and aerospace activities" for the M.S. degree in Aerospace Engr. at POLITO. During A.Y. 2012/2013-2014/2015 he has taught "Aerospace structures dynamics" for the same M.S. degree, since A.Y. 2014/2015 he is teaching “Fundamentals of structural mechanics” for the B.S. degree program and since A.Y. 2020/2021 he is teaching “Aircraft structures” and "Aerospace structures dynamics" for the M.S. degree. He has been co-advisor of 5 and main-advisor of 2 Ph.D. fellowships in Aerospace Engr., 118 M.S. theses and 167 B.S. theses. He is currently co-advisor of 1 and main-advisor of 2 Ph.D. fellowships. Since June 2018 he is coordinator of the Ph.D. program in Aerospace Engr. at POLITO. His main research interests include: higher-order theories for multilayered composite and sandwich structures, structural optimisation, impact problems, inverse methods for structural health monitoring, analysis of damaged composite structures and damage detection. He is the author of 54 journal papers, 1 book chapter, 56 papers presented in conferences, 5 NASA Technical Papers. He has co-edited a special issue of Meccanica in 2015 and of Sensors in 2020. He has been awarded, together with Marco Di Sciuva, for the best paper published on Composite Structures during 2007. He is member of Shock & Vibration and of Sensors editorial boards. He has been working in a number of research projects funded by the Piedmont Region, by the Italian Ministry of University and Research and by the European Commission. He has also worked for research contracts with aerospace and automotive industries.